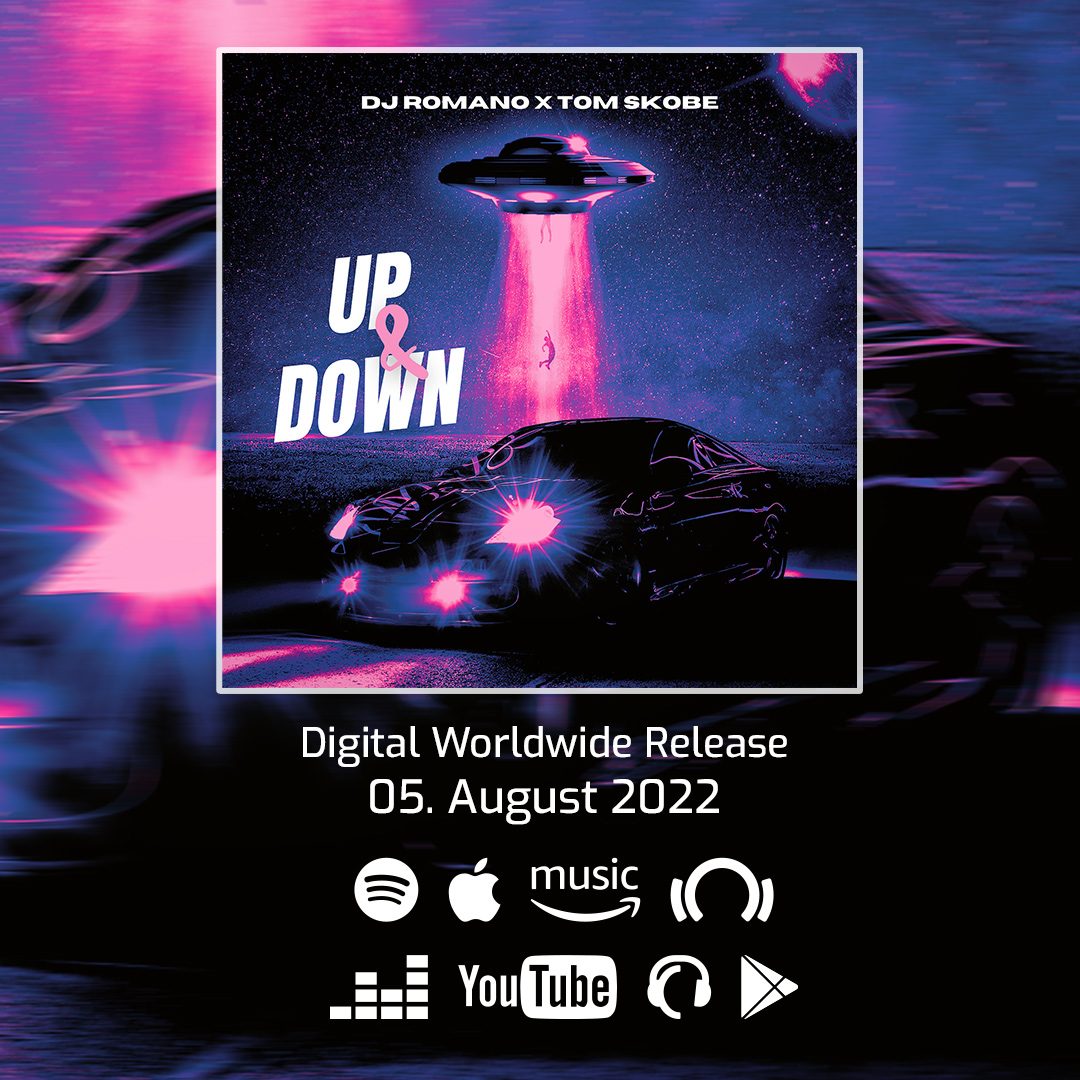 DJ ROMANO X TOM SKOBE “UP AND DOWN“ – enjoy all facets of life!

With “Up And Down” Tom Skobe and DJ Romano release a hot Slap House track, whose melody and vocals are memorable and which makes every dance floor shake. The song expresses that there are always ups and downs in life, whether it’s in love, in relationships or at work. In any case, you should have fun in every phase and enjoy every moment of happiness.

Tom Skobe aka Carsten Korte is a German producer and DJ, who started his career in the mid 90s in the Techno and Eurodance era. Among other things, Carsten wrote in-game music for various game software companies and was awarded an international prize for “best music” in 2003. In the meantime, Tom Skobe has been able to generate well over 2 million streams.

DJ Romano aka Fredy Isken has been an integral part of Germany’s nightlife since the mid-1990s. Born in Dortmund, he is, of course, particularly active in his home region, the Ruhr area. There he formed the nightlife in clubs like the „Soundgarden“ or the „Thiergelände“. With his passion for music and the unmistakable mix of Vocal House, Dance, Party Black and Disco Classics, Romano played himself into the hearts of the party crowd. One of the highlights of Romano’s career was the Europe-wide club tour of the label “Netrec” in 2001, for which he also worked from then on. Due to the increasing level of popularity and his unique musical style, Romano now played with DJ greats such as Voodoo & Serano, Chris Liebing, Michael Mind, Sean Finn, Plastik Funk and Eddie Thoneick.

Romano currently plays regularly as a resident DJ, in the “Ratskeller” Recklinghausen, in the “Plattenküche” in Duisburg, in the “Spindler &. Klatt” Berlin, in the “View” under the Dortmunder “U”, in the Moog in Dortmund and is also on the road to play in many other large and small locations throughout Germany. Special highlights are the gigs at the legendary “Fascination Events” and the “Blue Light Union Parties”.